I am camped on King Road which continues up the hill from my site and through a gap in the mountains to the east, I had to see where it went. 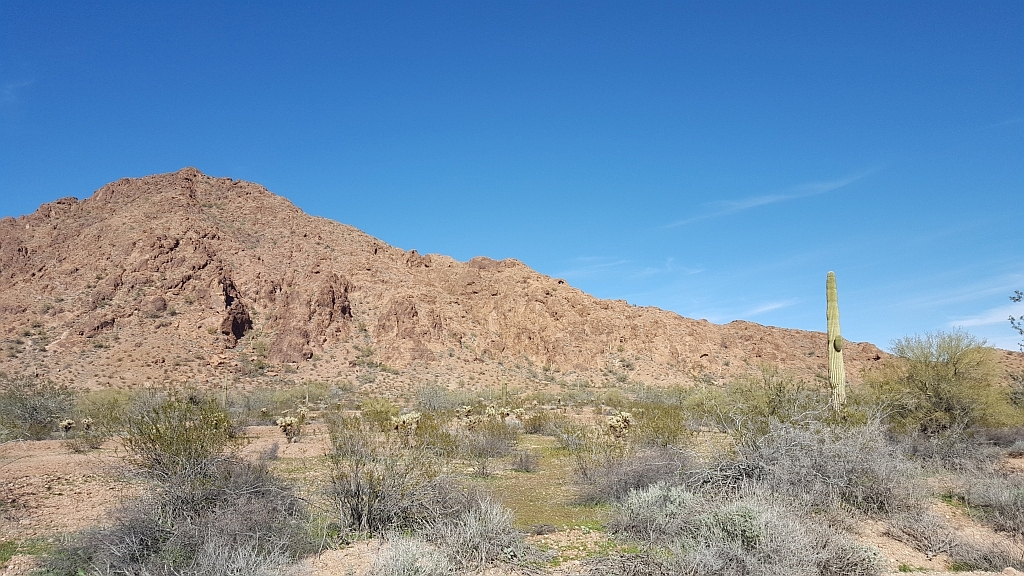 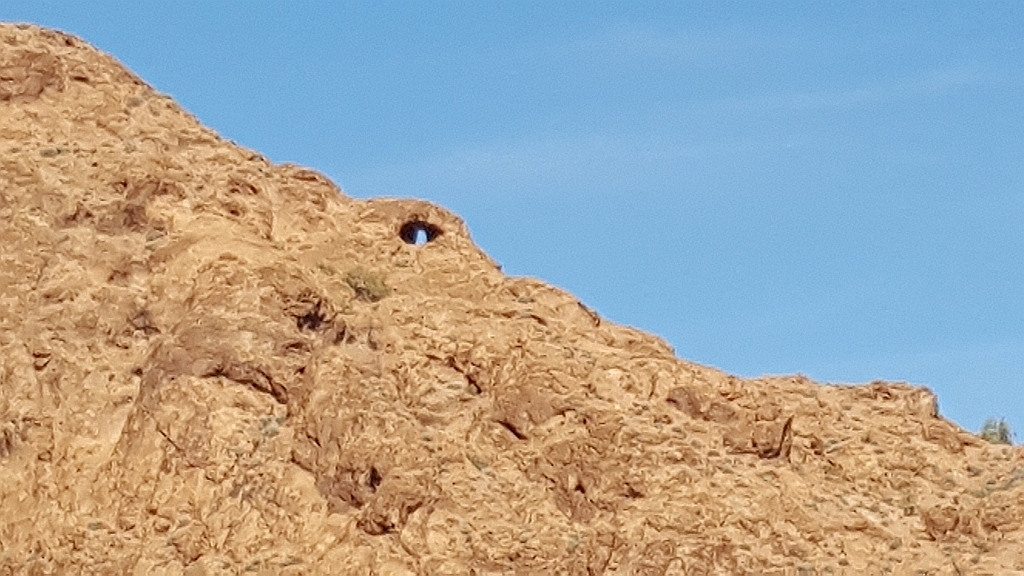 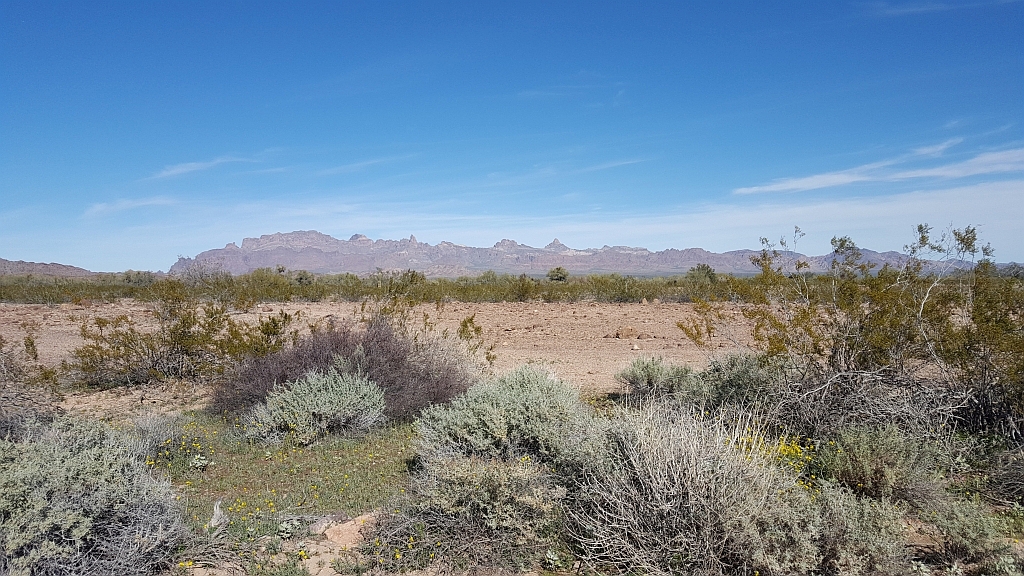 I drove about 10 miles east of the tiny arch on King Road but it crosses a large expanse of flat and fairly featureless desert so I turned back. This area is marked on the map as part of the Yuma Testing Grounds used for live fire but I don’t think they use it any more as all the signs were covered up. On the western side of US95 there are signs on every road telling you to get a range pass before entering. 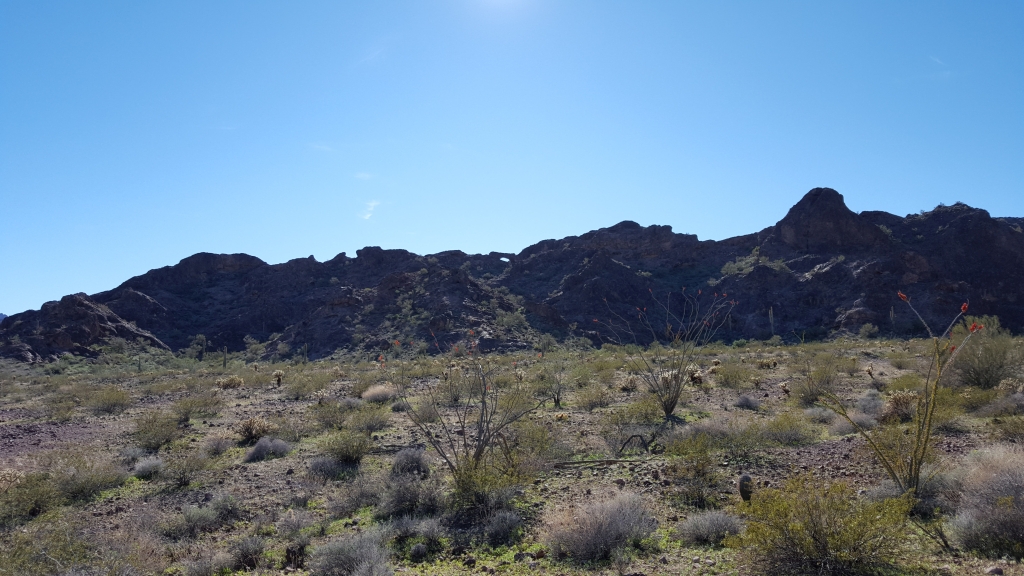 When I was exploring the area for camp site possibilities I noticed a small road heading south just before the gap so I decided that would be a good place for a walk with Biff today. We walked down the road then took a detour to avoid a camper and there it was, another arch! 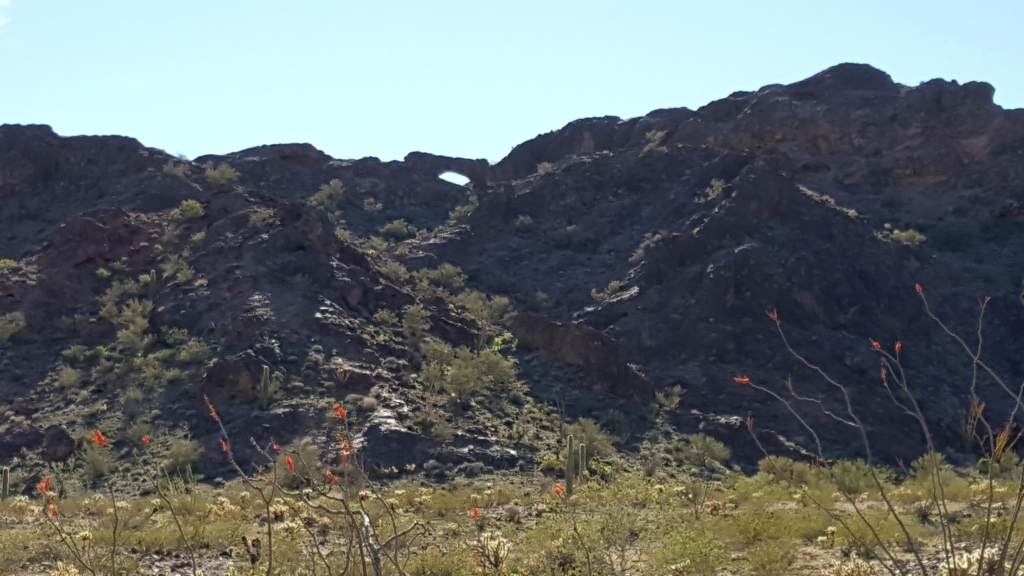 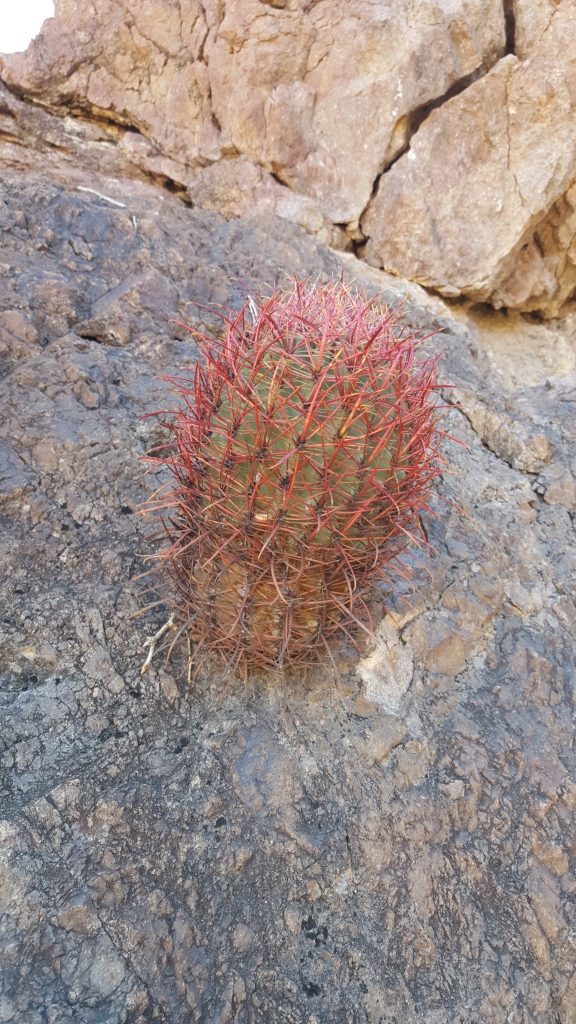 Climbing up to the arch I came across this cactus growing out of the vertical face of rock. 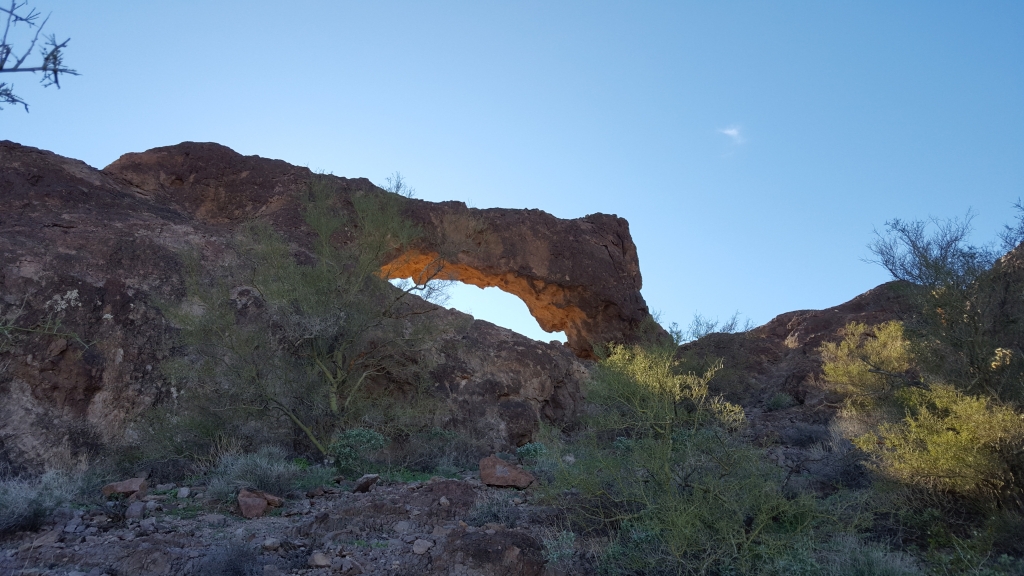 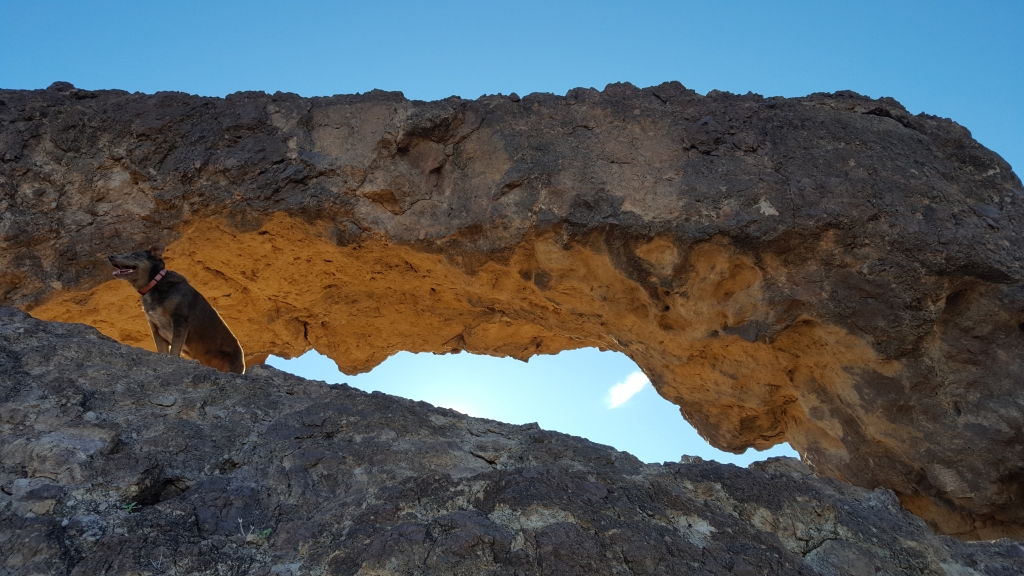 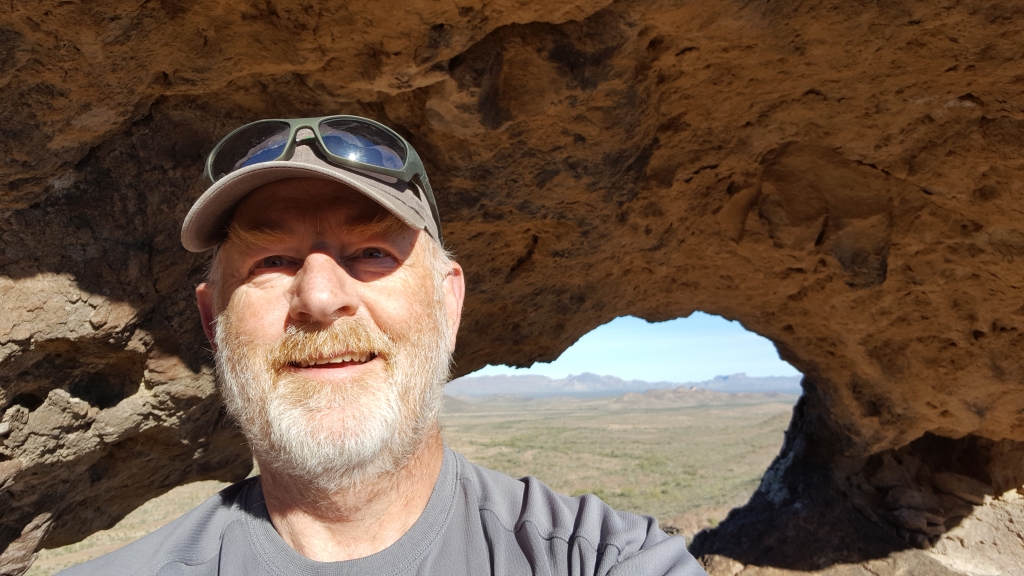 Rare selfie, getting a bit shaggy after a couple of weeks on the road. 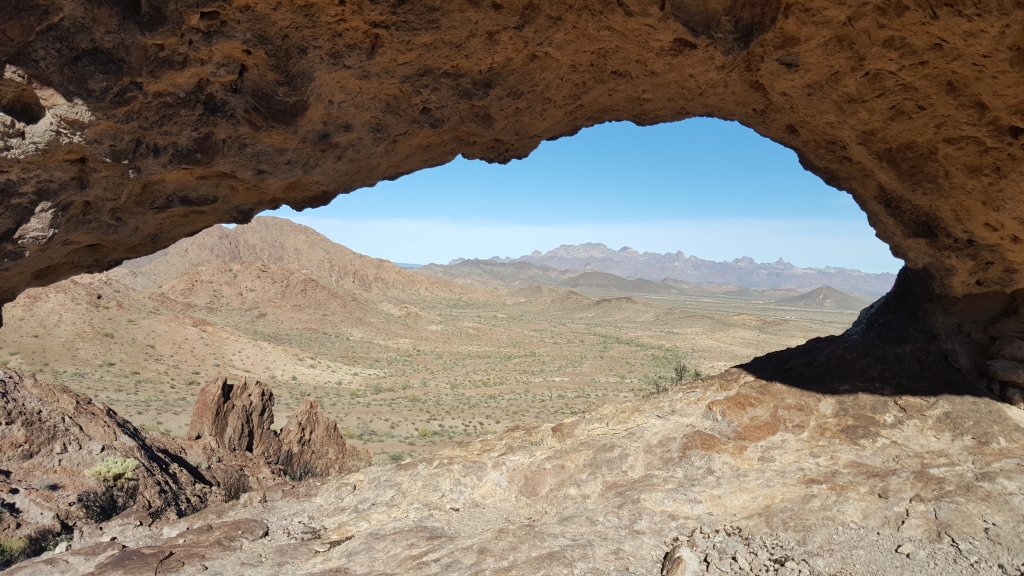 Looking back the way we came. 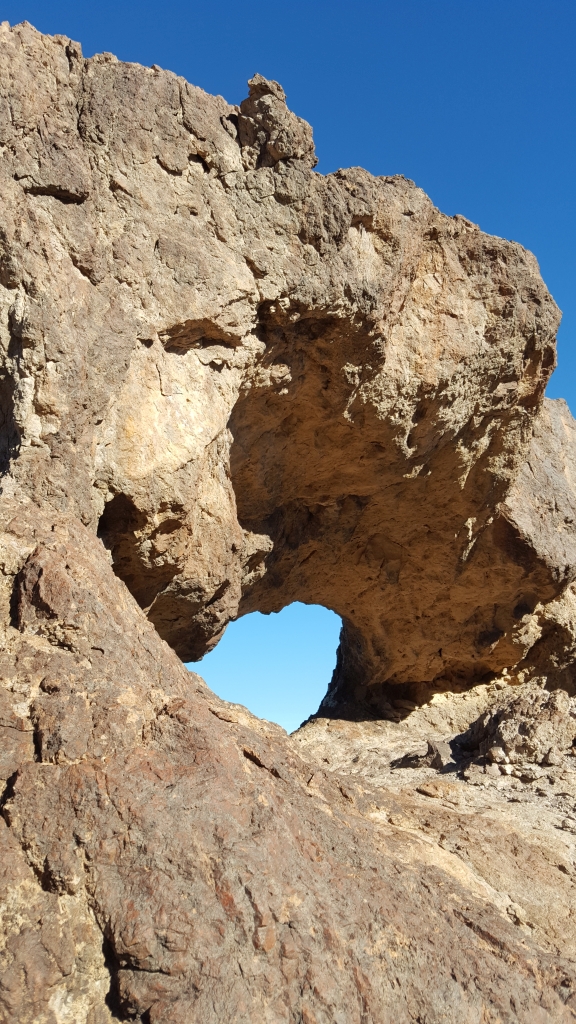 Last view of the arch, the angle of the canyon on the other side made it invisible from that direction. 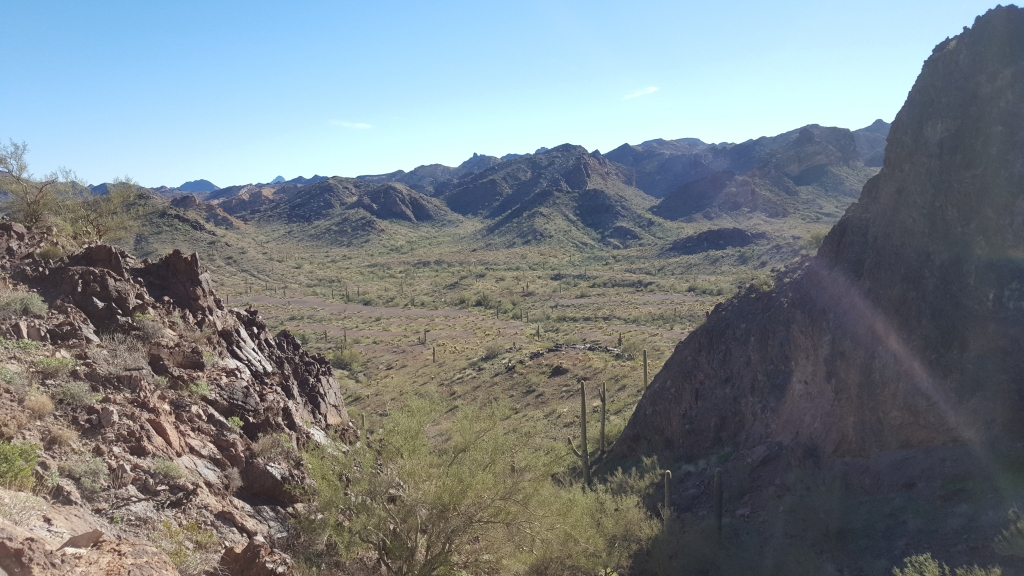 The way down from the arch, it was a bit of scramble in places. 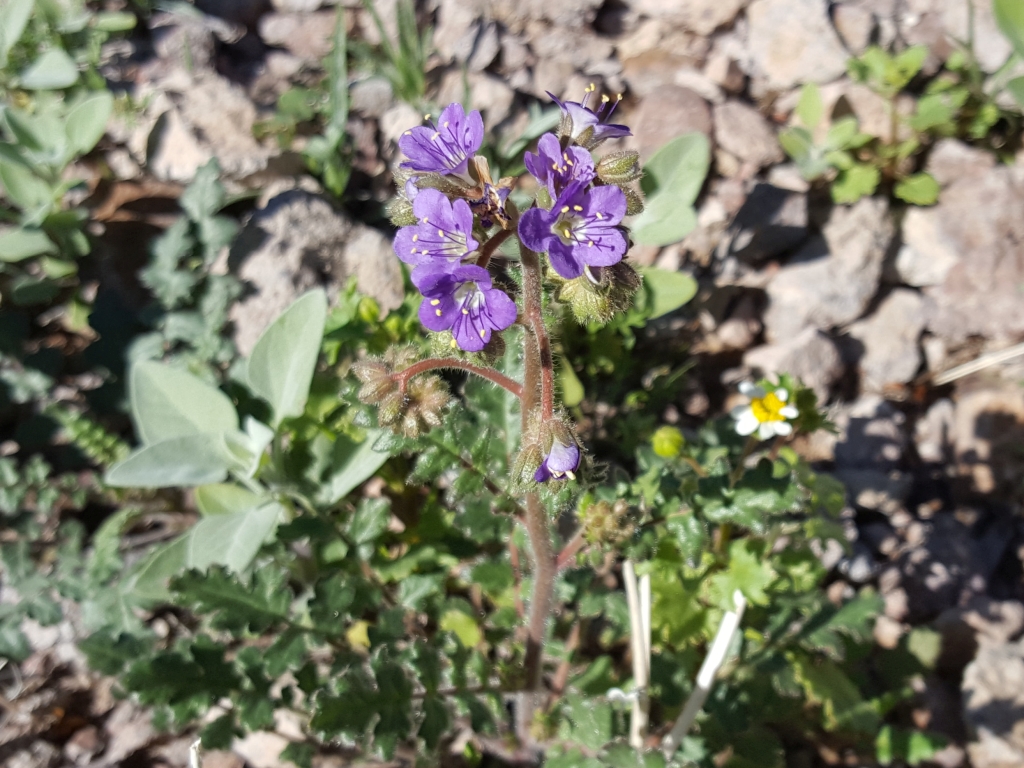 Lots of desert flowers in bloom. 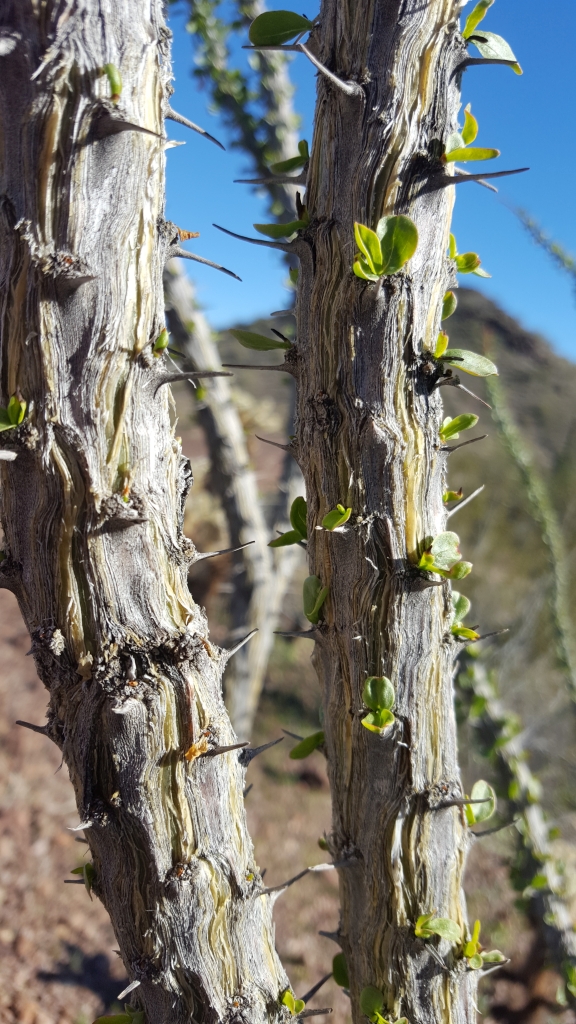 An Ocotillo sprouting leaves, they pop out of the stems after a rain and fall off as the area dries out. 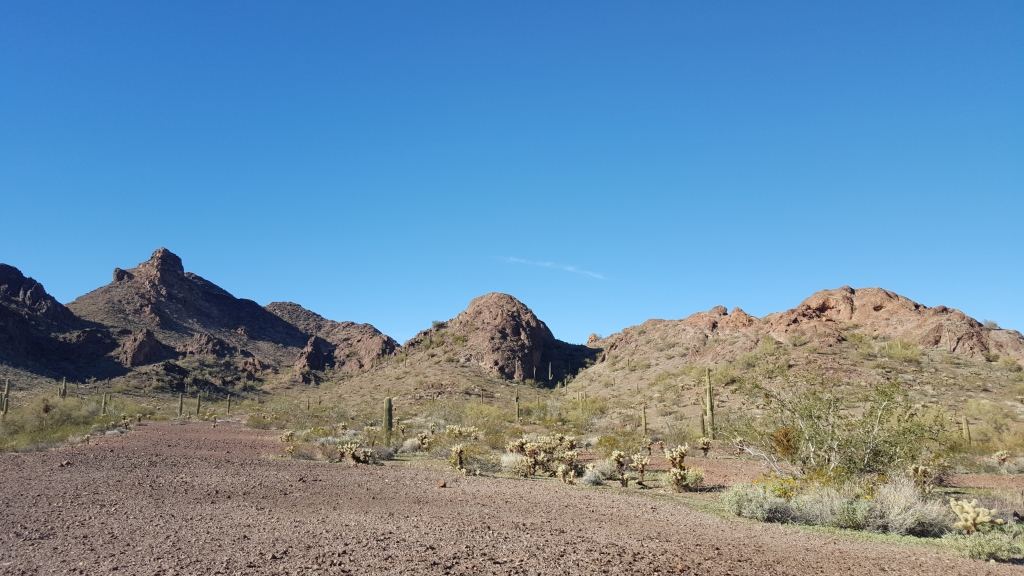 Looking back at the exit canyon, the arch is in the shadow in the middle of the picture.

Englishman in the wilds of Utah View more posts