Finally it was time to start heading north to colder climes. 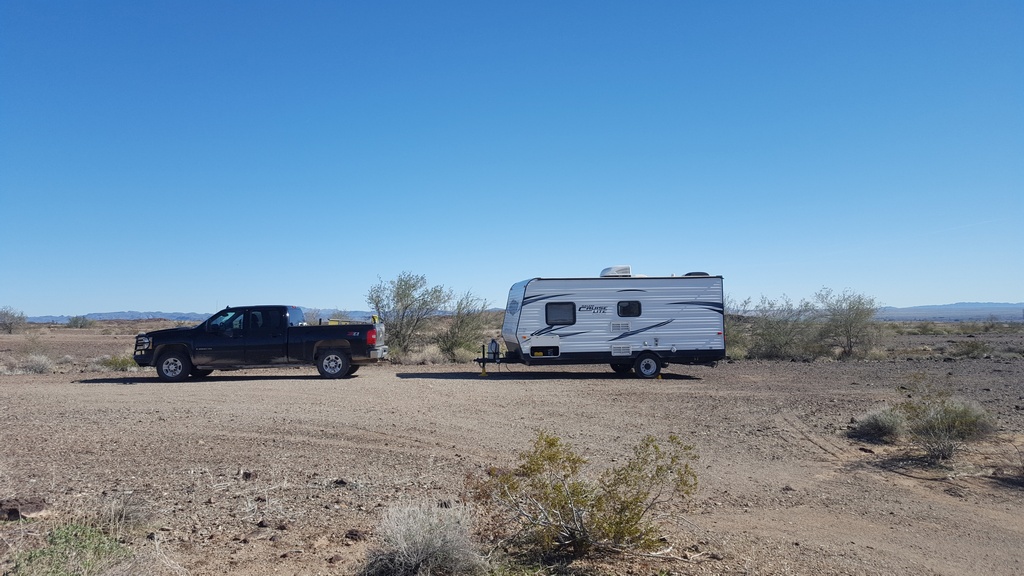 The first stop was only 75 miles north in Parker Arizona, or actually in Earp, California just across the river. 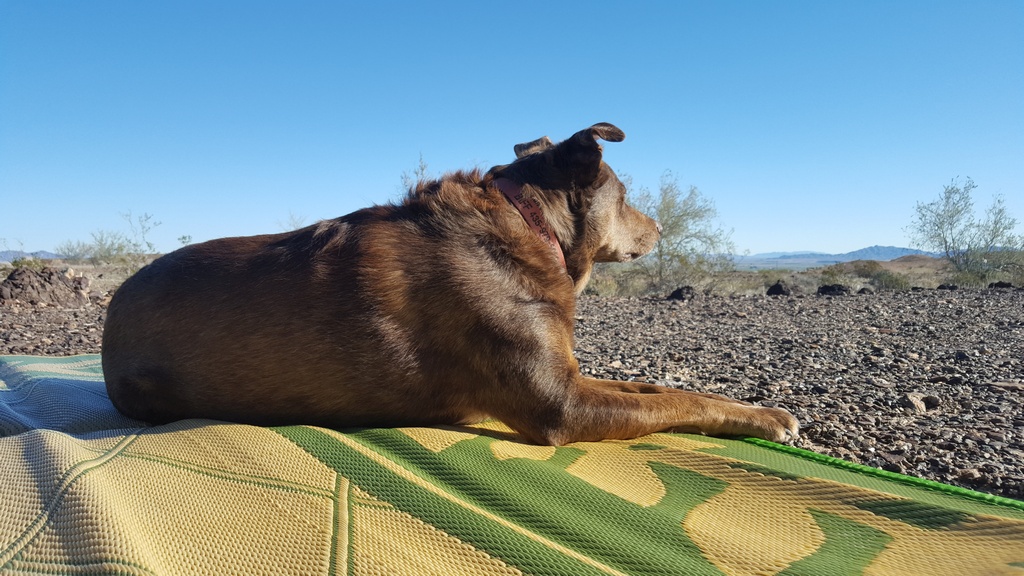 I bought a new patio mat in Parker at a very useful RV store, BIff seemed to enjoy his new “grass”. 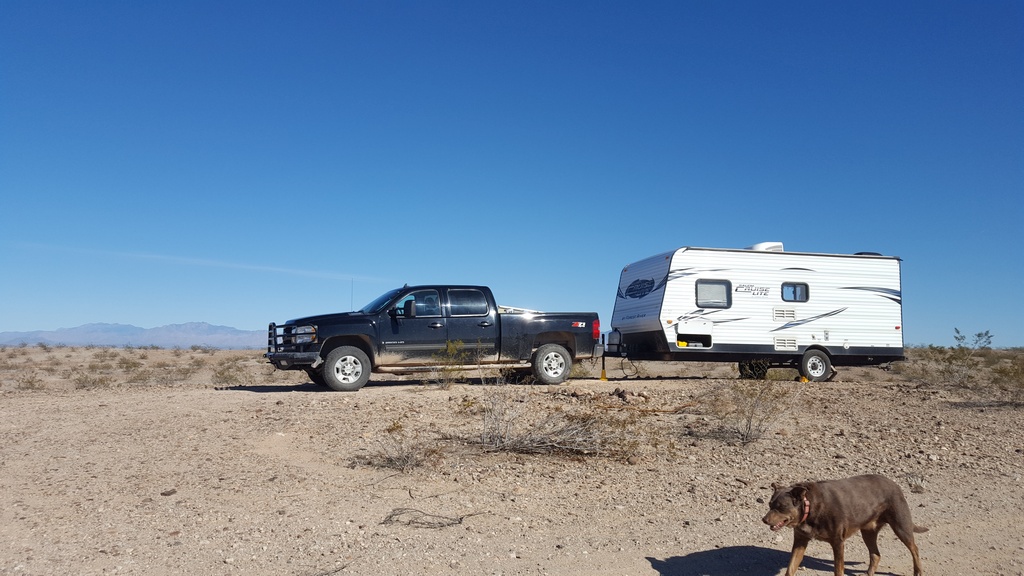 The next day was also a short one, about 85 miles to a piece of BLM desert just north of Lake Havasu City 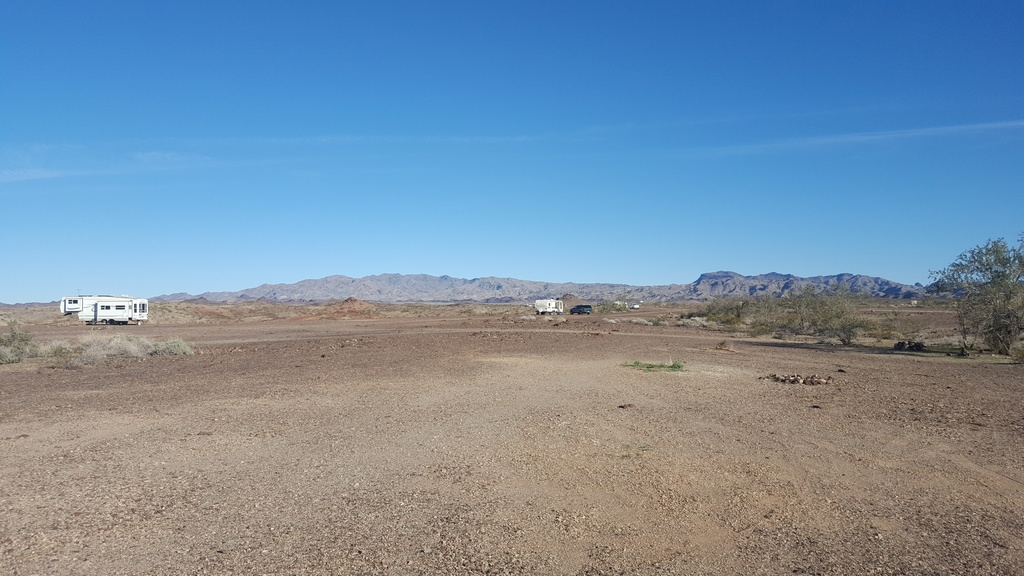 There were about 20 units there but well spread out 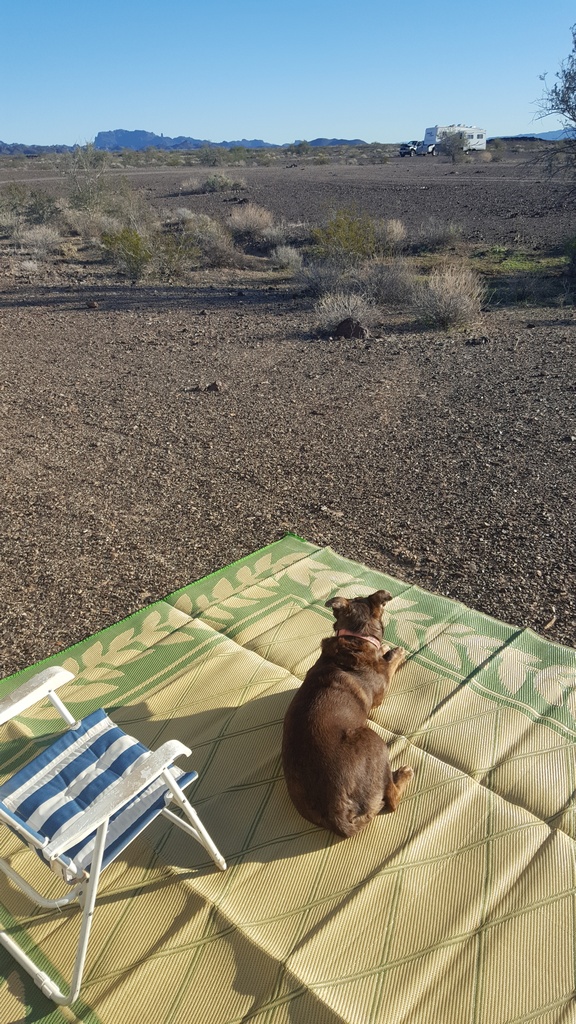 Once again Biff surveyed the landscape from his new grass 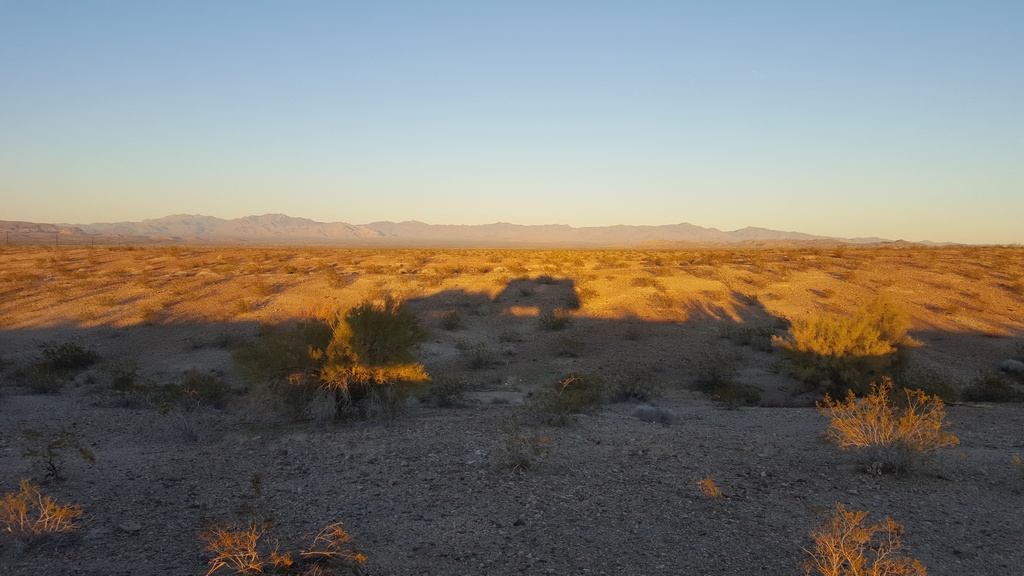 Having decided to stay out an extra day I moved to Lake Havasu State Park, $25 for the night in the overflow lot – shocking! My first paid night of the trip but I needed to use the RV dump so that I could re-winterize The Caravan for the trip home, and I suppose I probably needed a shower too. 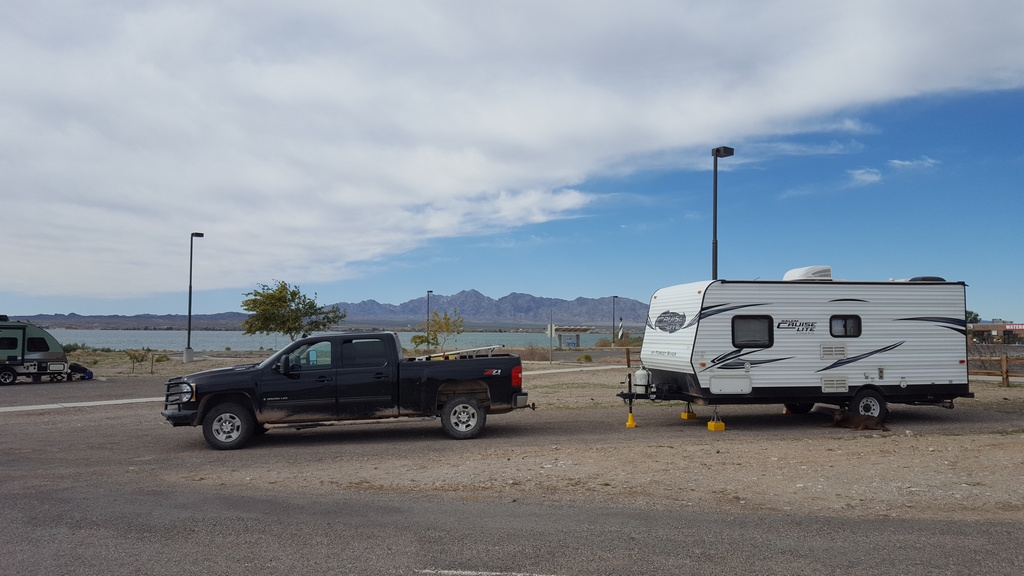 Parked on the hard top! 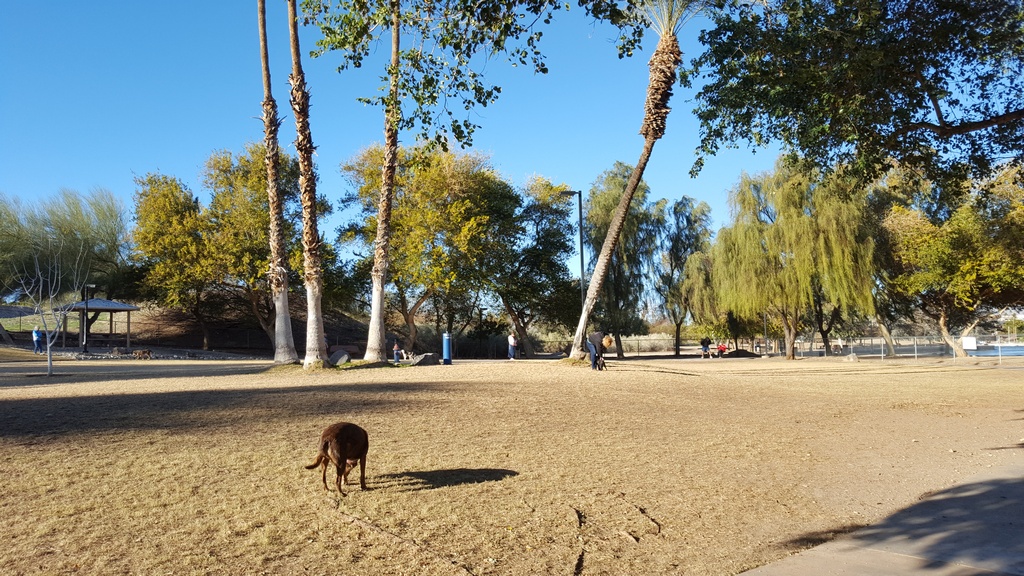 I took Biff to the very nice Lake Havasu City dog park (Lion’s Park), we drove across London Bridge to get there. 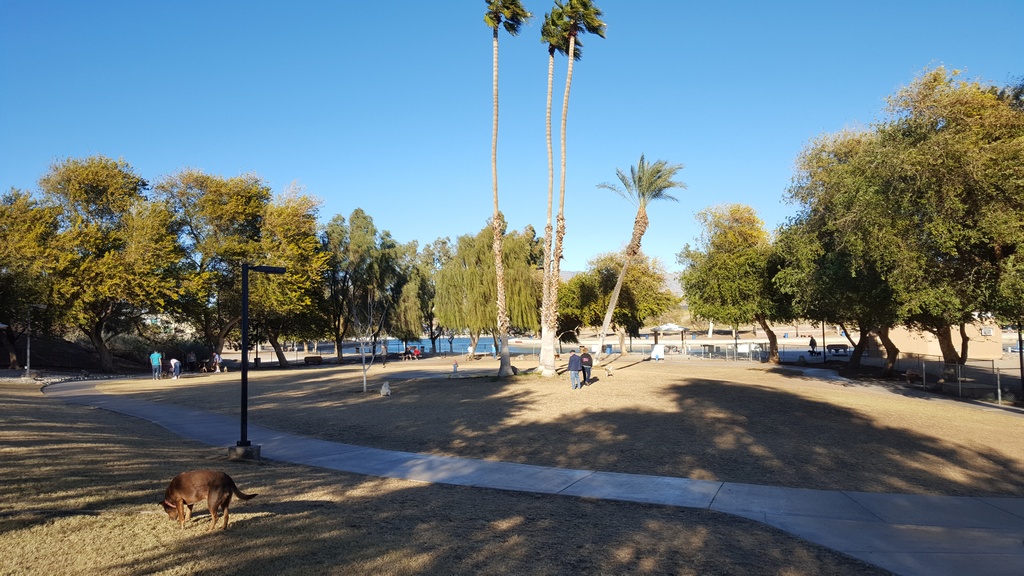 He wandered around and sniffed at a few other dogs but he doesn’t seem to really know how to play at a dog park, he doesn’t visit them often of course, in the end he laid down next to me and watched the people pass by.

On Saturday we got down to the business of getting home and drove to Sand Mine Road where we spent the first night of the trip. 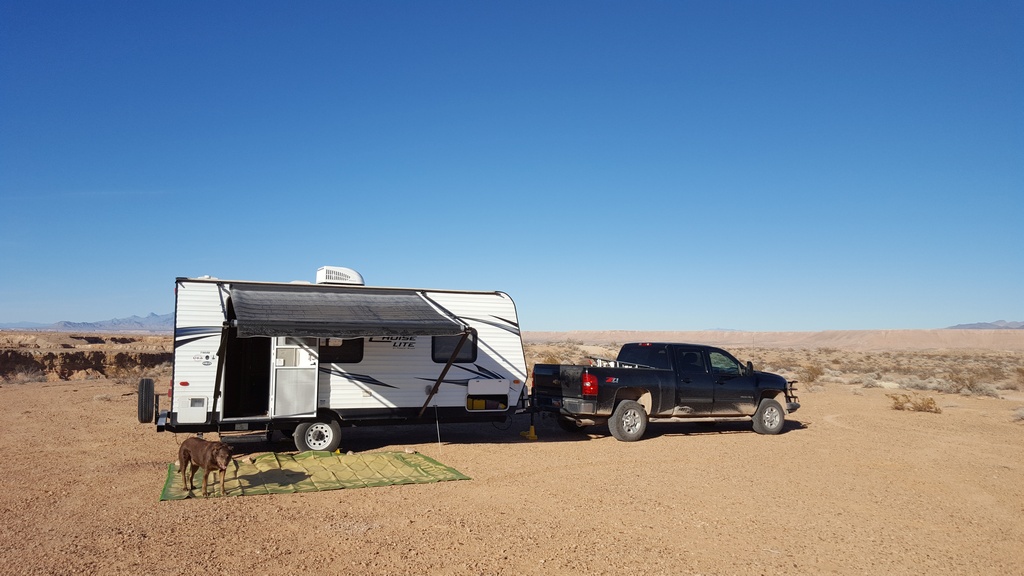 This time it was still light so I was able to drive down the road a ways and find a good spot. This is going to be a very good location for starting and ending southern trips, it’s about 285 miles from Torrey, mostly freeway. 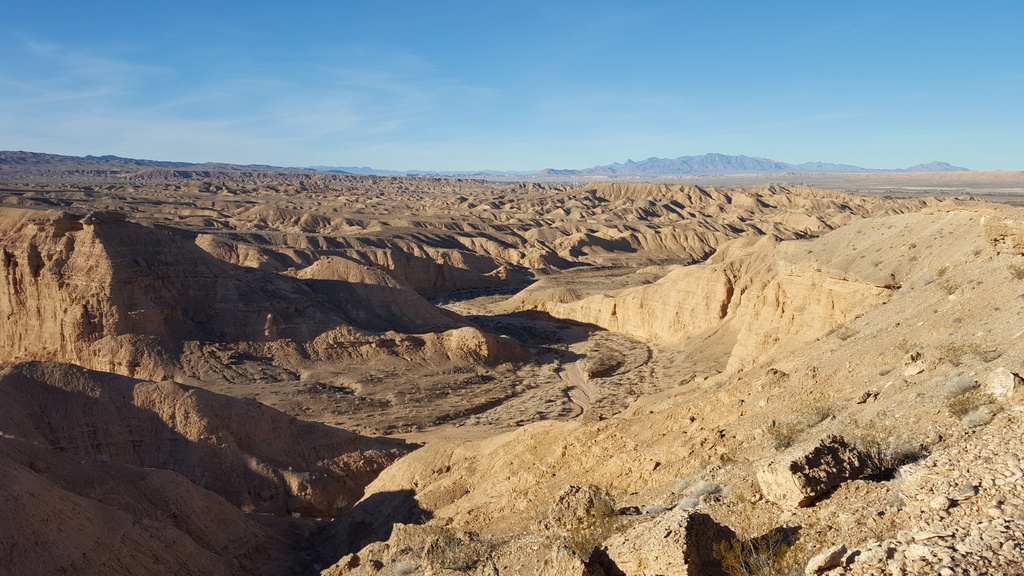 We camped on a level plateau right next to this ravine, good views almost all around 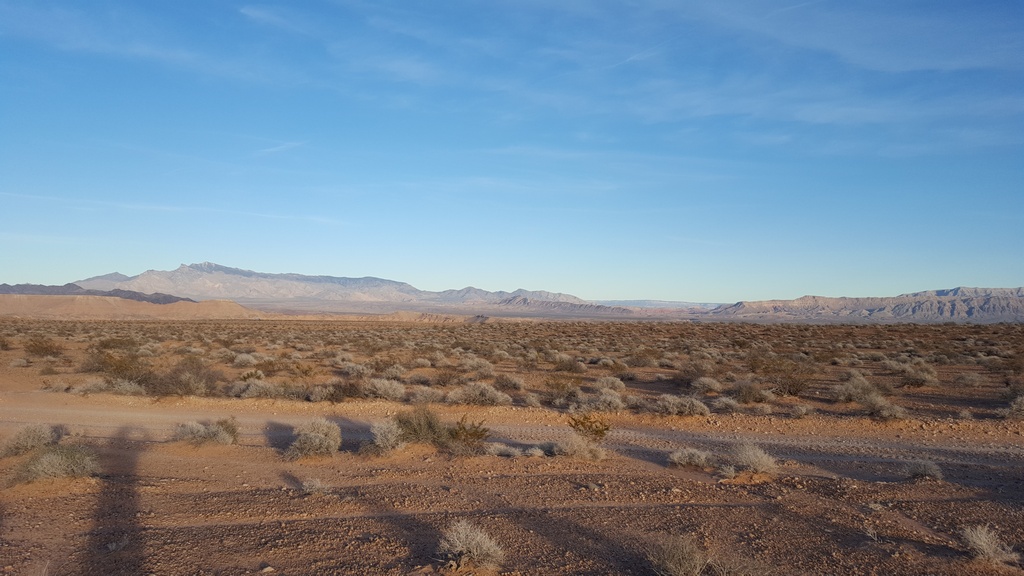 Off to the east are the Virgin Mountains and in the dip in the middle of the picture are some very red rocks that I think are Little Finland in Gold Butte National Monument. 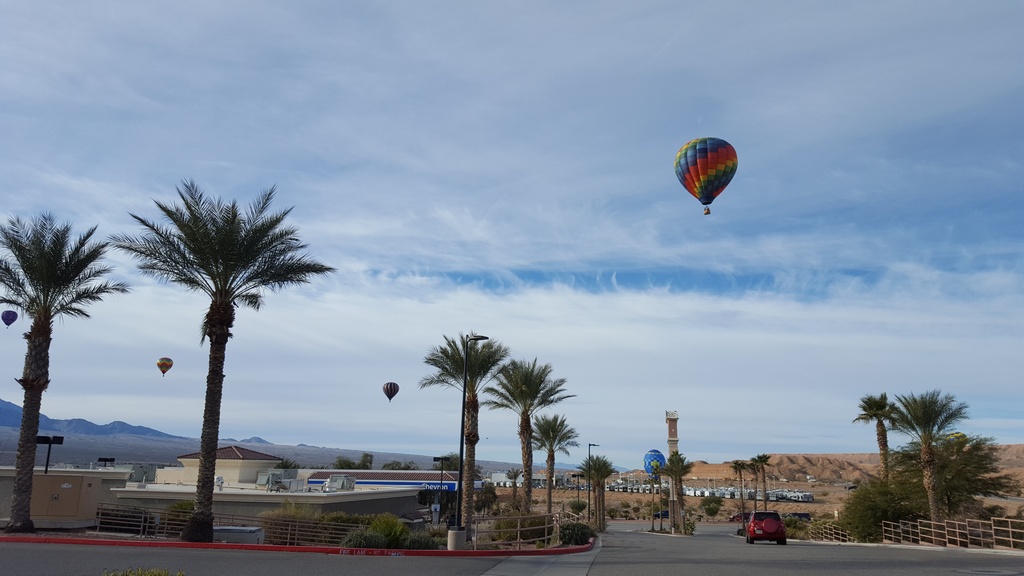 We got an early start on Sunday, before sunrise, and stopped in Mesquite to make breakfast, surrounded by mysterious whooshing noises… 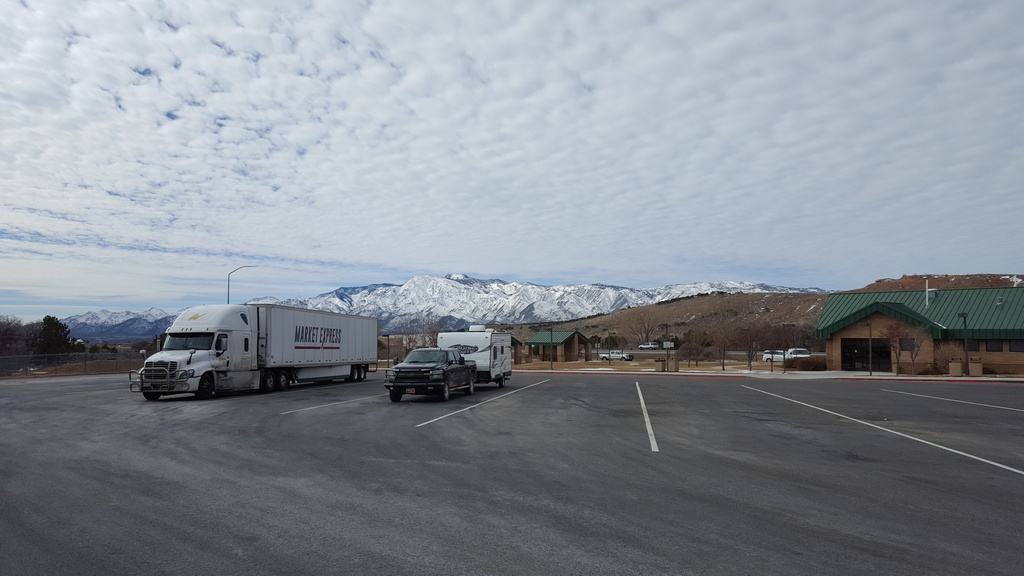 Heading further north we found another mystery, the mountains were covered in some sort of white material. 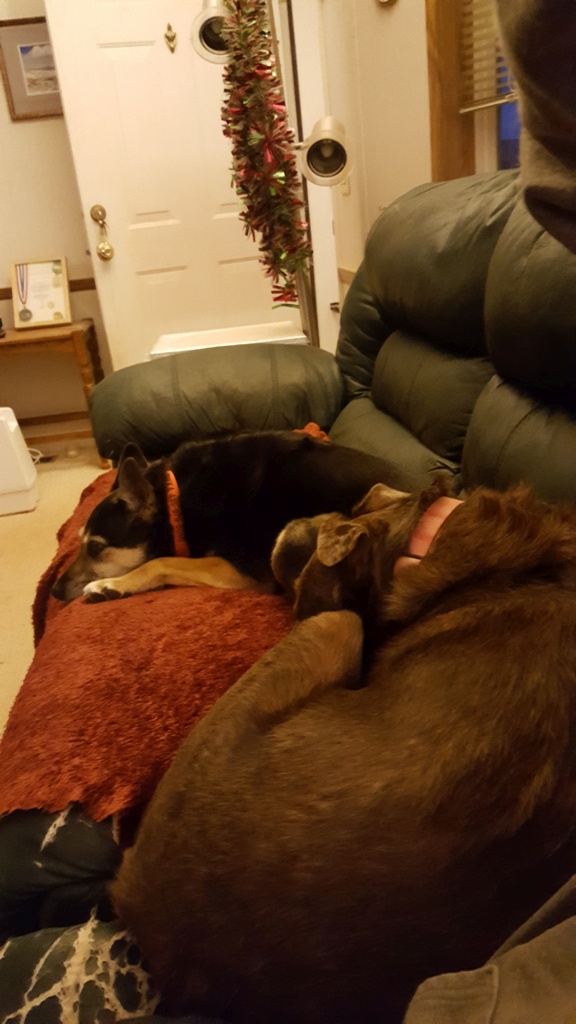 The dogs soon made themselves comfortable. 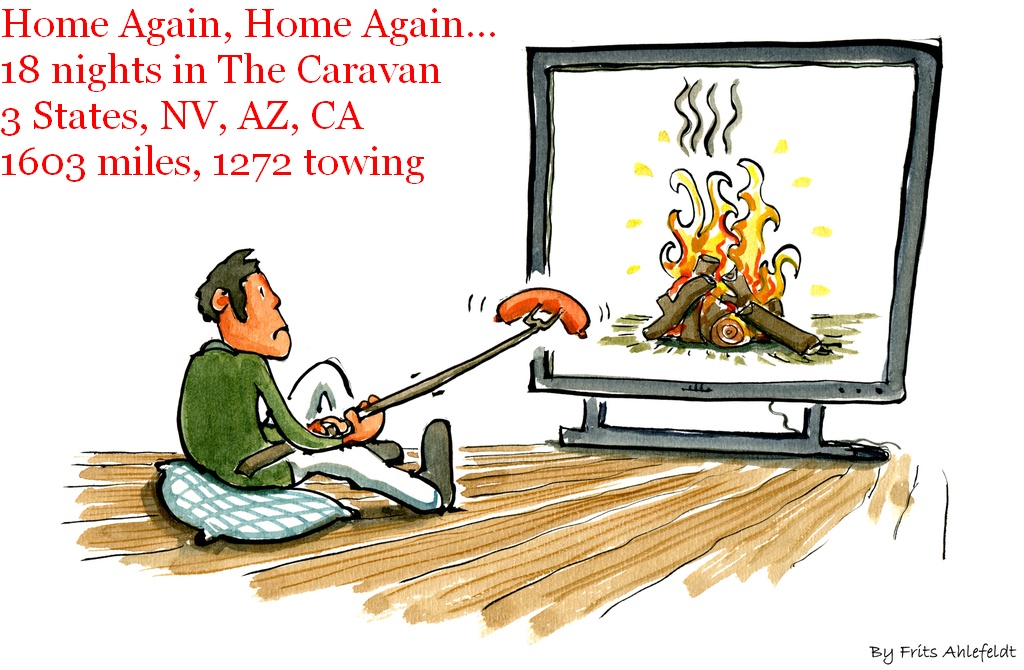 Englishman in the wilds of Utah View more posts